I get into friendly arguments with my friend Ryan. While we typically agree on which cars we like, occasionally our tastes differ. He occasionally calls what I like “boring” and I call him an idiot. It is incredibly scientific, respectful banter.

This brings me to ponder something: Japanese Bosozoku cars. Although the style is nothing new in Japan – the internet has done its duty in spreading knowledge of faraway cultures. The Bosozoku, or violent running gang, are generally troublemakers. They are purposefully obnoxious. Their behavior is as loud as the vehicular styling. If I were to describe Boso cars to those unfamiliar, I would ultimately classify them as the ‘80s -- Light-washed jeans, tropical colors, those weird leg-warmer things, and hair the size of Canada. It is loud, awkward, and embarrassingly intriguing.

So, just for fun, I scoured the internets for some of the most interesting violent running automobiles. 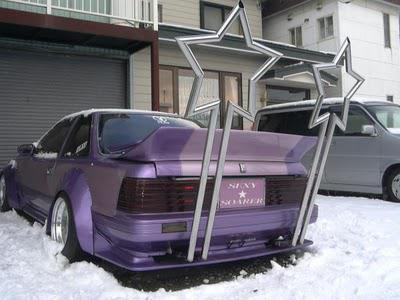 This Toyota Soarer’s exhaust system has some real star power. LOL!!Q! Sorry for that. Seriously though, you have to admire the fabrication -- especially when compared to some of the terrible welding jobs I’ve seen around town. The star-shaped exhaust setups seem to be pretty popular, next to hearts. 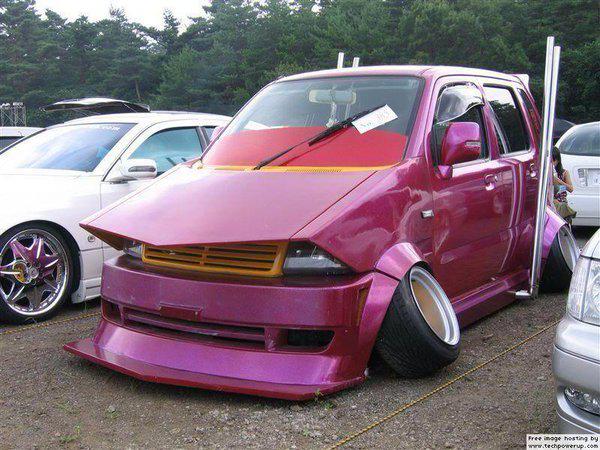 This little one has found itself the subject of many not-so-nice memes here and there. It does make you wonder how one drives this around. I’m especially fond of the vinyl across the bottom of the windshield. For you know, when the sun is down there on the ground. 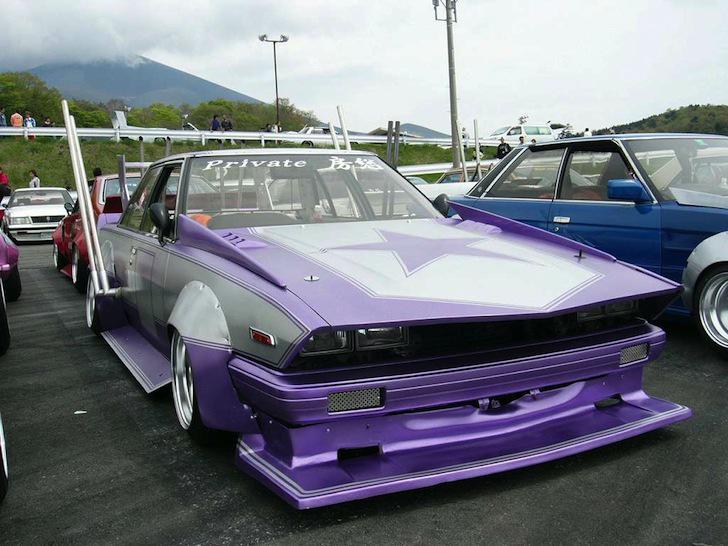 Remember when I described the style as a decade? I think this pretty much sums it up. All the basics are here, exaggerated fenders and splitters, super-wide-low-diameter wheels, and a Mandingo-systems exhaust. I don’t feel like this style would keep anything especially private… 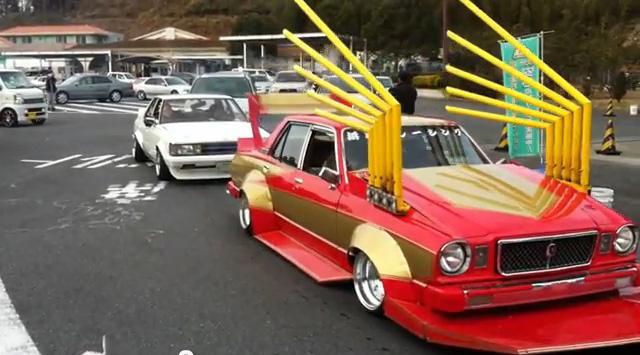 Last but not least, here is this one. I shall dub thee “Rooster” for obvious reasons. If obnoxious is the goal, this one is thoroughly successful. It does seem to be eligible for a Makudo (McDonalds) sponsorship.

Okay so maybe the internet has made even me a bit cynical of some distant styles. That’s a shame. However, it doesn’t seem like it matters to those that subscribe to the Bosozoku style. Isn’t that the point after all? To rebel? So keep it up all you Bosozoku, we are all waiting to see what else can be done with a set of exhaust pipes.

Are Boso Cars ugly or art?
Let us know in the comment section below.