The second round of Formula Drift ProSPEC took place over the weekend at Rich’s home track, Raceway Park in Englishtown, NJ. This track was the starting point for many pro drivers such as Chris Forsberg, Vaugh Gittin Jr, Ryan Tuerck, and countless others!

The Freedom Motorsportz team headed into practice with a lot of confidence and immediately started to lay down consistent runs hitting each zone. Throughout the practice there were a few minor issues with the car and some setup changes, but overall it was a smooth and productive practice.

Moving to Qualifying on Thursday night the judges noted that the initiation cones were adjusted, and they had a very heavy focus on Zone 1. The ideal line would rub the wall on entry and then put the rear tires on the outside white line of the box. This advice echoed in Rich’s ears as he sat on the starting line; flying through the chicane and down the straightaway he went a little too deep with a light wall tap and one tire falling outside of the zone box. In general, it is favorable to be too aggressive rather than too shallow, but unfortunately this mistake cost some points and put the potentially very high scoring run at 13th position.

Friday would be the Top 32 competition where Rich was matched with Amanda Sorenson. She is an amazing driver with one of the best teams in the sport!.. but the Freedom Motorsportz team was full of confidence heading into the battle and already started making a checklist to prep the car for Top 16.

On the lead run Rich put down a high scoring run while filling each zone. Amanda connected with the wall on outsize Zone 3 which lead to a debeaded tire and some suspension damage. Fortunately for her a new rule was implemented for Englishtown which allows her to repair the car and replace the tire (new rule for 2022). After quick repairs, the two drivers lined up with Rich now in chase. Entering into outer Zone 2 Rich was hot on Amanda’s door and eventually gave light contact, and then unfortunately slid up Amanda’s door and into her front tire. The tire-to-tire contact immediately locked Rich’s front wheel and caused the car to overrate.

This contact ended the weekend for Rich and his team, with some questions around the new rules; however, that’s the nature of motorsports! It’s a lesson learned and overall it was a great weekend with high fan engagement, plenty of fun laps with the other drivers, and more confidence in the car and program. 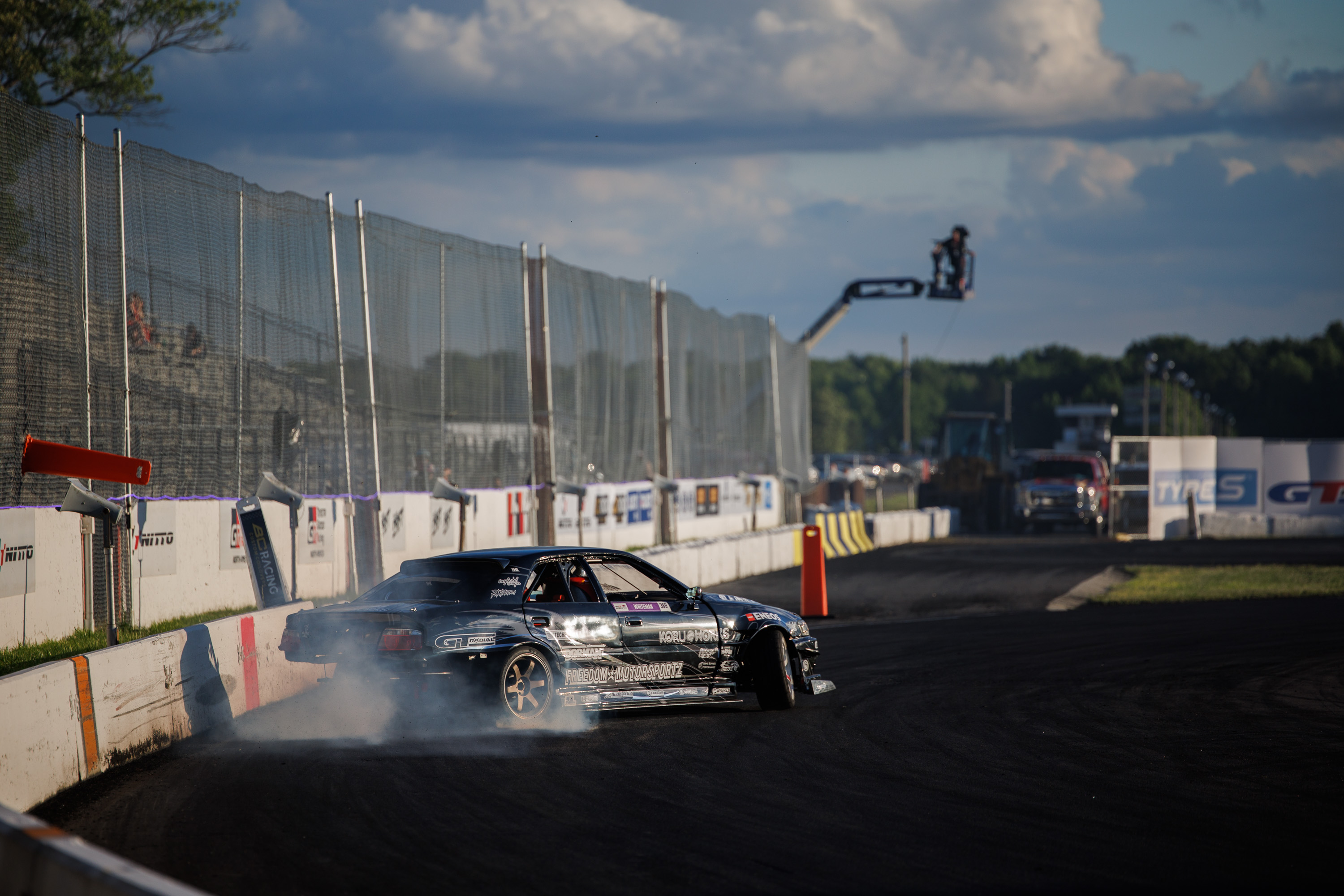